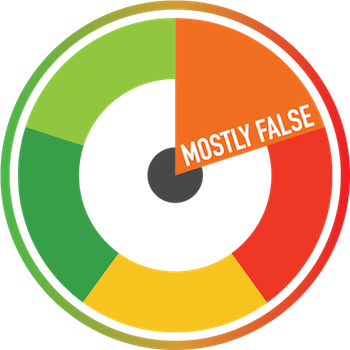 “We look to make good progress towards an agreement based on friendly cooperation between sovereign equals.” Thus the negotiator in chief David Frost tweeted in February 2020, to sum up their new guideline in the Brexit deal.

Very good to begin Round 2 of negotiations today with @MichelBarnier & 🇪🇺 colleagues.

We 🇬🇧 look to make good progress towards an agreement based on friendly cooperation between sovereign equals, as we set out on 27 February.https://t.co/GWZRhHp1iL pic.twitter.com/ln3PP7qWeG

The issue of sovereignty did not make its first appearance in this official’s speech. Boris Johnson hailed the “recovered sovereignty” during his address to the nation an hour before the UK’s exit from the EU. It was also implied in the “Take Back Control” slogan of the Leavers, including Nigel Farage’s UKIP.

From their perspective, sovereignty means the ability to control their own borders, laws and budget. Brussels was accused of keeping British people and government out of London’s control. Looking more closely at the definition of this notion, Johnson’s government is guilty of a blatant misunderstanding.

As a main argument in the Brexit deal, evoking this notion is pure nonsense. According to this definition, every country at the table of negotiation are as much sovereign nations as the others.

Hence, this argument cannot be relevant. No one denied the sovereignty of London over the UK. Yet the British government does not have the same weight during negotiations as the union of 27 countries. As the the EU Chief Negotiator Michel Barnier said in April: « The reality of this negotiation is to find the best possible relationship between a market of 66 million consumers on one side of the Channel and a market of 450 million consumers on the other”.

British officials use the concept of “sovereign equality” because they want to join the cast of “third-party countries”. Like Canada, Australia or South Korea, the UK looks up to join those states which are out of the EU’s influence, yet with free trade agreements with Brussels. A sort of conciliation between the laws of every economic partner. “In short, we only want what other independent countries have. […] The only way forward is to build on this approach of a relationship of equals”, UK chief negotiator David Frost said.

But the UK government acts as if the same rules were applied for every “third-party country”. That would mean if EU have an agreement with Canada, Australia or China, the same agreement can be requested by Moldova, Somalia or Azerbaijan. Ironically, in the very definition of sovereignty, each country can negotiate its own agreement. If we consider the previous agreements, it is less the case. Johnson’s government uses this irrelevant “third-party country” notion to base its Brexit deal upon those that already exist. The notion of “sovereign equality” is therefore similar to the idea of “cherry-picking a deal”, decried under May’s government.

In conclusion, it can be stated that the sovereignty of a state and the sovereignty of a union of 27 countries are hardly comparable. It is irrelevant to consider the UK and the EU relationship as a cooperation between equal parts. “Sovereign equality” illustrates the UK’s ambition to gain all the benefits of all the “third-part countries” agreements. For this reason, this statement of the British government is assigned the category “Mostly false”.

Mostly false : the Internal Market Bill guarantee seamless trade between the home nations of the UK.