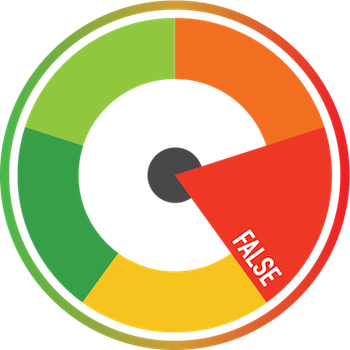 On October 9th 2020, Marine Le Pen, the president of the French far-right party, the Rassemblement national, spoke out against the new pact on migration and asylum. She denounced “a plan to organize major world migrations from Third World countries to Europe” through “immigration that has become illegal” and “the relocation of compulsory immigrants » to countries that do not want them.

On September 23 2020, the European Commission proposed a new pact on migration and asylum, a few days after the fire in the largest refugee camp in Europe, located in Moria, on the Greek island of Lesbos.

Promised by Ursula von der Leyen after her nomination as head of the Commission, this pact aims to make the Member States more united with each other to avoid the concentration of immigrant populations in some of them. It also aims to strengthen the fight against illegal immigration and accelerate the deportation of people in an irregular situation. Finally, it proposes to decriminalize rescues at sea, until now considered to facilitate irregular entries of migrants.

But, does the new pact on migration and asylum aim to open the door to all immigrants without restrictions ?

Immigration will not become legal

Contrary to Marine Le Pen’s tweet, the European Pact for Migration and Asylum will make “legal”  immigration which is not at the moment. It even aims to support the struggle against illegal immigration. Should the Pact be adopted, a screening system will be installed at the entry point on European soil. During the first controls, the states would be able to expel those applicants who do not meet the conditions for entry into the territory of the Member States.

The delays in the treatment of granting per,mission to stay would be shortened. The file of every citizen coming from a country with less than 20% positive answers will be considered as a priority. According to the French government, this measure will concern countries such as Tunisia or Morocco.

The EU aspires moreover to “accelerate the return to the border of people in an irregular situation”. A new legal framework, more efficient, would coordinate the policies of expulsion for every country. In addition to these new provisions, the role of the coastguards is expected to be increased to support the Member States. The creation of an ‘EU coordinator of the returns’ position is provided in the Pact.

Relocalisation is not “obligatory”

By means of this Pact, the European Commission is enacting a mandatory system of solidarity, including the distribution of immigrants among the different Member States. If this seems to corroborate Marine Le Pen’s view, the president of the RN is oversimplifying the content of the Pact.

Realistically, the Commission is offering some help to Members that are overwhelmed with the influx of immigrants by a system of adaptable contributions. These may range “from relocation of asylum seekers to the deportation costs” by other countries. The relocation is thus not the only way for a state to contribute to the future system.

“Those who are not ready to contribute to relocation would assume on behalf of the european Union the obligation to organise and carry out returns” Margaritis Schinas, vice president of the European Commission.

The future Pact aims to ease the pressure on the state of arrival. It stipulates that “a Member State may also get a 10% reduction of its share where it can show that over the last 5 years, it has been responsible for more than twice the EU per capita average of asylum applications.” The diverse contributions of the other Members will be raised to compensate for it.

The words of the president of the French far-right party are wrong. Marine Le Pen accuses this new pact of being “a project to organize major global migrations (…) to Europe” while the European Commission wishes to regulate the arrival of immigrants on the continent.

It wants to improve the condition of migrants by fighting against human trafficking (over 2021-2025). It would support and finance Third World countries fighting against smugglers’ rings. Moreover, the access to European visas would be facilitated for the states which take back their returned nationals.

Ursula Von der Leyen proposed partnerships to Third World countries and regulatory changes through filtering at border entries. But this pact has to be voted first by the European Parliament and the European Council to be implemented.