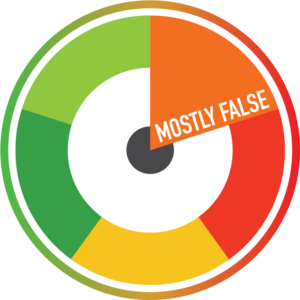 The United Kingdom considers that during the Brexit negociations, the European Union is not treating it as its equal. Several months after the Brexit deadline, in a tweet posted on August 5 2020, the British Cabinet Office declared that United Kingdom and European Union are « sovereign equals ». This statement has been used many times by the British governement, especially by cabinet minister Michael Gove. It seems mostly false.

Sovereignty is a really complex concept. It has been discussed for centuries by philosophers and lawyers and written in many constitutions. After all these years, these brilliant people seems to agree on a definition. Sovereignty is, according to Stephan D.Krasner, an American law teacher, the control that a state exercises on its people and territory. An extended conception of sovereignty also includes the control of the country’s border, and its recognition by other states.

Within this definition, can we consider that both entities are sovereign?

Let’s begin with the European Union. This international institution is composed of 27 sovereign states. They transfer some of their competences, like competition rules or monetary policy. Inside the European Union, big decisions are taken with the rule of unanimity. In a sovereign country, most of the time, the majority is used to take decisions.

The European Union is based on the « Treaty of the European Union », signed by the members in 2007. Article 50 of this convention, also called « Treaty of Lisbon », allows a member state to leave the supranational organization after a referndum. Even if the process is really long and fastidious, it still exists, and a European state has voted to start a procedure in 2016…

And what about the United Kingdom? As a country, it is, obviously sovereign. But, in joining the European Union, it made the choice to give some competences to the bloc, to decide about the future of Europe. It also signed up for rules, including the one allowing it leave the Union. The UK has to respect this, even if it argues its independence. By this definition, we could say that the United Kingdom not as sovereign as it pretends, even if, legally, nothing constrains it. And, in an other way, being a sovereign country doesn’t make a difference when it comes to negotiating several parts of international relationships: the European Union is bigger than the United Kingdom, and therefore stronger in the negotiations.

The concept of sovereignty is tempered by many political orientations, international agreements and commercial links.

Mostly false : The Brexit isn’t a “cooperation between sovereign equals”