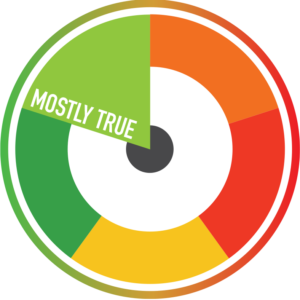 In July 2020, the European Union announced that they would stop providing funding to six Polish cities accused of being hostile against LGBT people, and considering themselves as « LGBT-free zones ». Helena Dalli, European Union commissioner for equality wrote in a tweet : « EU values and fundamental rights must be respected by Member States and state authorities ». European commission President Ursula Von der Leyen also said that these « LGBT-free zones have no place in our union ». She thinks that these zones exist in Poland. This is mostly true.

EU values and fundamental rights must be respected by Member States and state authorities.

The EU commissioner pointed especially six cities, but 88 localities also  considered themselves as « LGBT-free zones ». These include municipalities and regions which represent roughly a third of the country, mostly in the south of Poland. It is not only the EU that has criticised Poland for these zones. Joe Biden, the US president-elect, claimed that LGBT-free zones « have no place in the European Union or anywhere in the world ». Many French municipalities, like Nogent-sur-Marne, also cancelled their twinning arrangements with Polish cities that signed anti-LGBT bills.

What is an LGBT-free zone?

LGBT-free zones are not places where homosexuality is forbidden, but are really hostile to lesbian and gay people.  For example, in 2019 Lublin Voivodeship banned « equality marches and LGBT events ». These declarations didn’t exclude LGBT people from the territory. But they referred to expressions of « LGBT ideology ».

Poland decriminalized homosexuality in 1932. But the country is broadly hostile to homosexuality and supporters of LGBT rights.  For example, the Polish president Andrzej Duda compared  « LBGT ideology » with « neo-bolshevism ».  Gay people still can’t get married or adopt children. Only 29% of the Polish population supports gay marriage. In August 2020, Warsaw’s police arrest two people for covering Jesus’s statue with an LGBT flag. They were accused of « Offending religious and Christian feelings ».

Poland is a really Christian country. The governing party, the PIS, had supported a resolution taken by Polish municipalities declaring their opposition to the promotion of « LGBT ideology in schools ». Members of the Polish parliament also wanted to forbid « LGBT ideology ».

But the whole country is not concerned by these issues. Big cities like Warsaw or Gdansk are mostly LGBT-friendly. Rafal Trzaskowski, Warsaw’s liberal mayor, signed a « LGBT charter » on February 18 that promised the creation of a refuge for gay and lesbian people who are rejected by their families, and promotes education about homophobia. July 15 2020, a Polish Court also cancelled the proclamation of two « LGBT-free zone ».

Ursula Van Der Leyen was correct when she pointed to these zones, because they significantly reduce LGBT rights by forbidding demonstrations or expressions of LGBT identity. The general climate in Poland is also really hostile to LGBT people. But these districts can’t formally forbid gay or lesbian people to live in their area, so in that respect it is not strictly accurate to speak of « LGBT-free zones ».