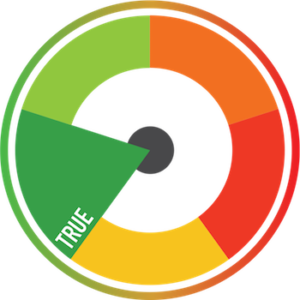 The European Union announced in July that it would stop funding six Polish cities, for being hostile to LGBT minorities. The European commissioner for equality, Helena Dalli, tweeted on July 28th that « EU values and fundamental rights must be respected by Member States and state authorities ». Polish officials denied this claim and accused the EU of circulating fake news.

Despite Poland’s statement, the European commission claim is true.

What are LGBTI ideology-free zones?

Several cities, mostly in the south-east of the country, have declared themselves « LGBTI-free ». More precisely, they have voted non-binding motions against « LGBTI ideology ». That doesn’t mean that those cities are forbidden for lesbian, gay and trans people: with this resolution, the cities officials simply claim that they are opposed to what they call « LGBTI ideology ».

However, even if those « LGBTI ideology-free zones » have no legal force, they participate in a homophobic climate in these towns. For instance, in Bialystok, last summer, marchers were assaulted during the gay pride.

How did the EU react to these zones?

In December, the European parliament denounced these zones. MEPs urged « the Commission to condemn all public acts of discrimination against LGBTI people, notably the development of so-called ‘LGBTI-free zones’ in Poland. » Since then, the first European sanctions have been imposed. In July, six of these cities were not selected to receive grants ranging from €5,000 to €25,000, as part of a twinning programme.

What is the current situation of LGBT people in Poland?

These anti-LGBT areas are part of general hostility towards LGBT people. As a reminder, the governing party, called « Law and Justice » is located at the extreme right of the political spectrum. The increasingly homophobic climate in Poland can be seen in particular in the discourse of the government and its majority. For example, the leader of the governing party, Jaroslaw Kaczynski, has said that homosexuality represents a “threat to Polish identity, to our nation, to its existence and thus to the Polish state.”

During his presidential election campaign, the President, Andrzej Duda, referred to « LGBT ideology » as a new form of communism. In a deeply anti-communist country like Poland, this stance shows the extent of animosity towards LGBT people.

To conclude, the claim by the European Commission is right that « LGBT-free zones » exist is mostly true, because more than 80 Polish towns have declared themselves free from « LGBTI ideology ». However, to be more accurate, we should rather talk about « LGBT-ideology free zones » than « LGBT free zones ».